True happiness is out there somewhere! Better get going!

LEGUMI is a game about eating beans and finding true happiness.

Thankfully, you can find and eat beans. Beans are great for all sorts of reasons:

What are you even running around looking for? The hidden wisdom houses that will lead you towards True Happiness... what other treasure would be so worthy?

You can make your journey easier by tracking down treasure and purchasing upgrades for yourself.

Updates planned! Make sure to add this game to your collections!

In order to download this Game you must purchase it at or above the minimum price of $5 CAD. You will get access to the following files:

Ah, this made my day! Thank you so much!

The game is currently actually completed! The web version is just a demo. I do plan on giving it some polish and features down the road, though.

Your pro/con list was very uplifting. I had a lot of worry that it was too complex and only made sense to me, so seeing "simple gameplay" really let me relax. Also, since the management loop was the catalyst for the whole thing, it was very nice to hear you thought it was "great" :)

The cons were really helpful too.  I actually had it during development that he would blink during his last ten seconds, but I took it out because I liked the surprise of him just kinda running out of juice and falling on his face. There's no penalty for it, unless you're running from something, or out of beans. Ooh, maybe I'll make it so that he only blinks if you're almost out of time AND beans. Very interesting, haha.

Another issue you stumbled on but didn't even mention is that if the mouse can be used as an action button, then OBVIOUSLY you should be able to click the buttons. (Duh! Sorry!) I added the mouse button kindof last minute, in my game it really is just a spacebar on the end of a string. It shouldn't be too hard to fix that.

Thank you again very much for the attention and feedback! is there a place I can send you a PM?

Thanks! I tried to make it even HALF as fun as eating them in real life. Thanks for the feedback! The blob man is one of three, and finding them all opens the path forward ;) 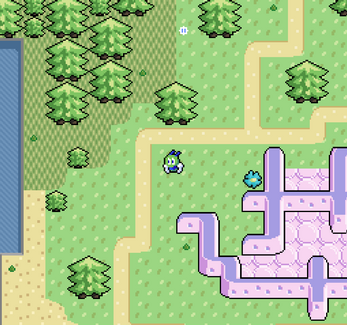 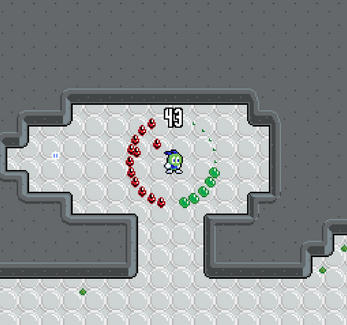 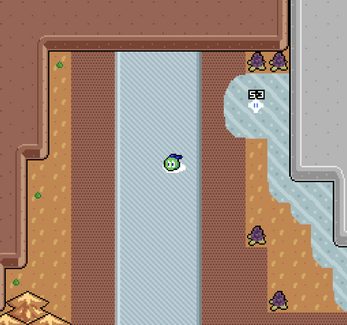 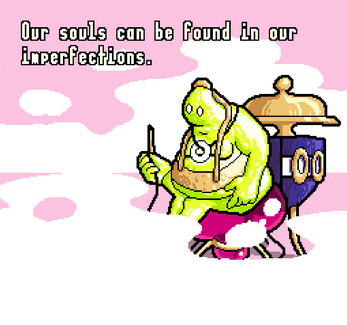 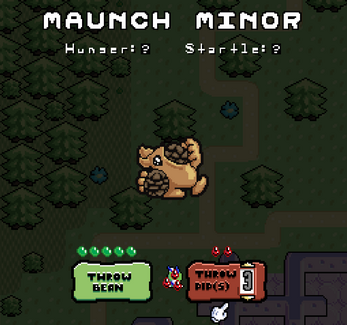